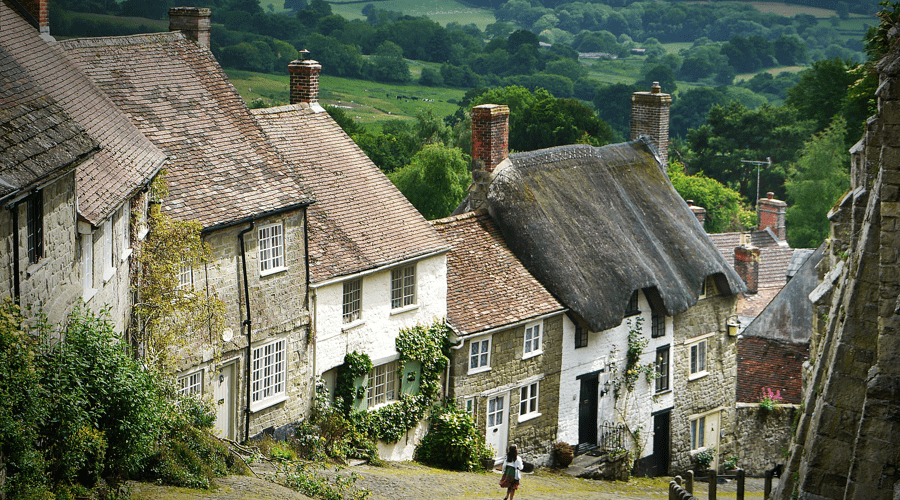 The Evolution of Roofing

The roof is one of if not THE most important part of any structure. For thousands of years, people have tried to perfect it as best they can for both operation and aesthetic. From as far back as the dawn of man the concept of a roof has been in action, constantly updated and improved. With this in mind, we have taken a look back at some of the major milestones in the evolution of roofing.

The roof dates back to the first ever humans when Neanderthals would use foliage/sod to shelter themselves. Although this idea would do little good to the majority of us now, the concept was there. Throughout time people have been searching for ways to better improve and perfect the concept as best they can. The Romans introduced slate roofing to Britain in 100BC. Even this idea was a variation of the Greeks earlier clay tile method.

Flash forward a few hundred years to around 735AD and Thatch roofs were the most popular. However, Thatch Roofs had flaws. Not only were they high maintenance, but they were also degradable and most importantly, extremely flammable. Thatch roofing is mainly associated with old-fashioned and rustic looking buildings. Often, it is still used in parts of Europe in rural areas.

A common misconception is that the Great Fire of London was actually exacerbated by Thatched Roofs. In actual fact, thatch and reed had been banned in the 12th Century by King John in response to a fire which had killed 3000 people. Since then, all roofs were replaced with clay tiles, which was actually the start of roofing tiles in Britain.

Clay was mainly only used in areas where it was available. In other parts of Britain like Wales and the North West, Slate was used as it was more accessible. Slate, Clay and Thatch make up the most popular historical roofing materials. However, like other materials, Clay has it’s “ cons”, the main one being the vulnerability to frost damage.

In modern times, roofing has come a long way and advanced so much in such a short space of time.

In the 1960s, Germany began developing green roof systems, which kickstarted the modern trend. The idea was to reduce the problems associated with runoff rainwater, such as flooding. In Germany, approximately 10% of all roofs are Green Roofs.

London Mayor Boris Johnson has already committed that 5% of all London Roofs will be green by the year 2030, splashing a bit of greenery into an otherwise grey and cramped city.

Modern Green Roofs are made from a system of layers placed on top of the roof to support soil and vegetation/plants. The vegetation absorbs the majority of the water and removes pollutants, ensuring any runoff is clean.

EPDM was first introduced in the early 1960s and has over time became a staple of the roofing industry. Due to its many beneficial qualities such as UV stability, weather resistance and the fact that is time-tested to last, EPDM is becoming increasingly popular with tradesmen and contractors around the world.
Cost-effective and simple to install, EPDM rubber roofing comes with a life expectancy of up to 50 years

The idea of liquid waterproofing dates back to when bitumen was used to waterproof boats. Liquid rubber is a liquid version of EPDM sheets. Once applied to the surface, liquid will stream straight off due to the almost “hydrophobic” nature of the Liquid Rubber. Fast to apply and quick to dry, Liquid Rubber Roofing is one of the easiest and simplest options for many emergency roof repairs.
To find out more about Liquid Rubber Roofing and the benefits of its use as an emergency repair solution visit our website HERE

Over time, whether it be to improve the look or performance of a roof, technological advancements have provided numerous options, alternatives and solutions to either problem. From large commercial properties to small domestic jobs such as garages or sheds, there are a number of materials for each purpose and it seems that the search is always on for the next most durable, long lasting solution with the simplest and quickest application.

Permaroof are on hand to answer any questions regarding our products, services or your order. We welcome enquiries from the trade, stockists and homeowners alike. Contact Permaroof today using the below form and one of our experienced team members will be on hand to help you right away.

Opening Hours
Mon – Fri (8am / 5pm)
We are closed on bank holidays and we re-open the following working day at 8am. Feel free to send us your enquiry during these periods and we can get back to you.

Permaroof are on hand to answer any questions regarding our products, services or your order. We welcome enquiries from the trade, stockists and homeowners alike. Contact Permaroof today using the below form and one of our experienced team members will be on hand to help you right away.

Permaroof has established links with some of the biggest names in our industry thanks to our reputation of excellence. Read more.